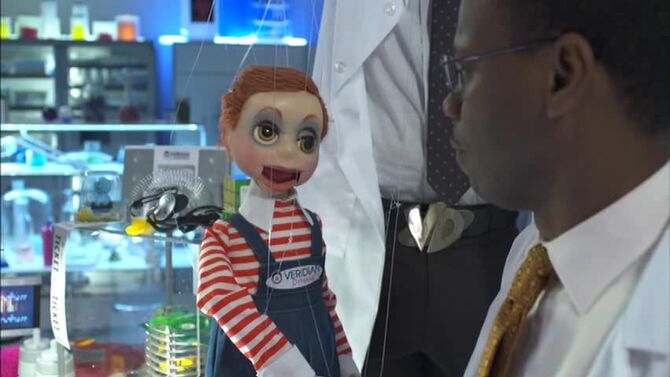 "Swag the Dog" is the thirteenth episode in the second season of Better Off Ted. It originally aired October 19, 2010.

The Company implements a new reward system which Phil and Lem take advantage of. Ted and Linda try to stop office rumors that they are sleeping together, while Veronica gets stuck occupying the former CEO of Veridian.