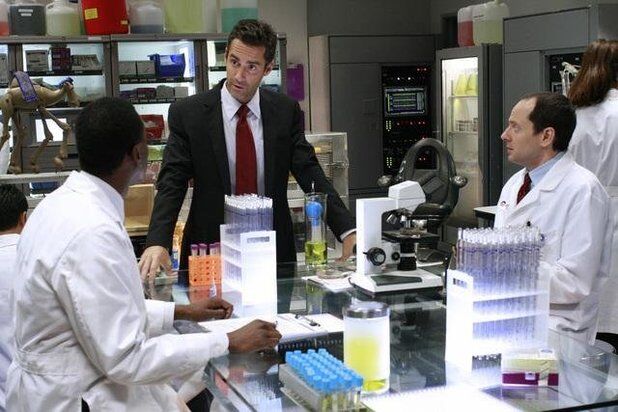 We meet Ted Crisp, who is the head of Veridian Dynamics' research and development department (aka the best job in the world—so he tells us). If his boss Veronica Palmer wants something like a metal as hard as steel, as bouncy as rubber and edible, Ted knows his team can deliver. Frankly we'd just say yes because Veronica kind of scares us. A lot.

Lem and Phil are two of the genius-level scientists behind Veridian's many innovations. They bicker like an old married couple, but suffer in silence against Veridian's many injustices toward them. The one thing they agree on is that their boss Ted is a much better man than Lem is. Ted tasks Lem and Phil with creating office chairs out of an odd-but-durable fabric given to him by Veronica.

Unfortunately, after using their own employees as test subjects, the office chairs are clearly too scratchy and uncomfortable for mass production. Ted is told this by Linda Zwordling — the cute Quality Testing specialist on Ted's team with a penchant for stealing coffee creamer. Ted tries to spin it with research data showing that the itchy chairs increase productivity—well, at least until an employee runs screaming out of the office, cursing the heavens and the chair.

When Veronica decrees that the company wants to freeze Phil (for a year!), Ted feels rather uncomfortable. Making matters worse, Veronica orders him to convince Phil to be frozen. Now, like any sane person, Phil is mortified, but after Linda says that it's safe—barring any extreme drops in temperature—Ted is able to make Phil see the good in this. Rose Crisp, Ted's young and precocious daughter, is less than thrilled that Veridian is going to freeze a guy who came to her birthday party. She tells her dad that Ted shouldn't make Phil do something that he wouldn't do himself.

But just as Ted tries to talk him out of getting frozen, Phil becomes suddenly determined to do it, much to both Ted and Lem's dismay. Ted and Linda bond as they ponder whether or not Phil's eyes will burst due to the extreme cold—which, we can say, thankfully doesn't happen. Three days later, however, Phil's cryogenic chamber gets moved and accidentally disconnects. We watch him begin to thaw.

When Linda approaches Ted about their moment later on, he has to decline her advance since he unwisely used up his one office affair with Veronica not too long ago. (Ugh—on the ice queen, Ted?) Meanwhile, Phil is having, shall we say, odd side effects from his freezing. Veronica is less than amused and wants him fired, but Ted stands his ground and refuses, even though Phil's random bouts of wide-eyed screaming isn't helping his case.

Veronica eventually backs down, and Ted gets to pat himself on the back for doing the right thing. 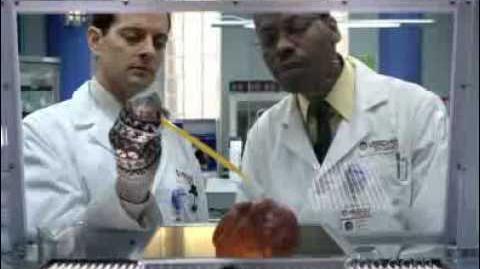 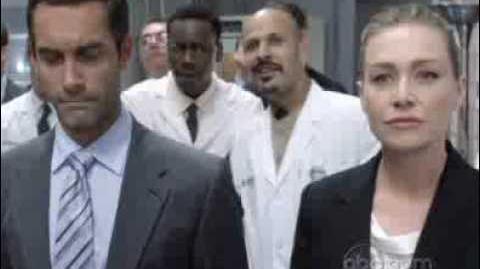 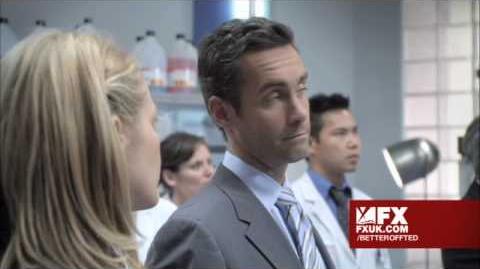