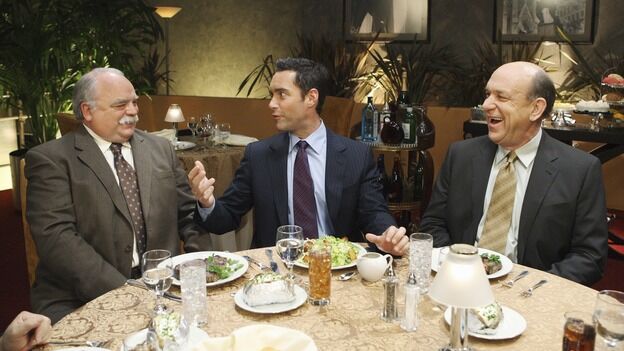 "Get Happy" is the seventh episode of Better Off Ted. It originally aired May 5, 2009.

Can the Veridian employees turn their frowns upside-down overnight? They can and will, if their boss has anything to say about it!

Veronica tries to reinvent herself as a more likeable person after a survey reveals that the staff is miserable, and that everyone either hates her or is afraid of her. In fact, many check "burn the place down," which [[Ted] didn't even know was an option.

The employee running the survey, whom Veronica warmly refers to as a bean counter, suggests that she soften her image and compliment her underlings every so often. We're just wondering if Veronica even knows what a compliment is?

Ted, of course, scores high with just about everyone in the company—except mid-level execs age 50 or older. We find out he has an obsessive need to be liked, so he sets out to change their perception of him. Veronica calls in Linda to get some ideas on how to improve her image and the company morale. Linda suggests allowing employees to decorate their cubes in order to express their individuality. Veronica loves the idea and plans to take it up with her superiors. Why do we have a feeling this will turn out badly?

Ted has lunch with some of the older male execs, who all think Ted is an uptight "Mr. Perfect" that fell out of a magazine. Ted proves them wrong by having a drink during lunch instead of his usual iced tea. They quickly accept Ted as one of their own and invite him to have lunch at a strip club. Well, that's certainly one way to constructively pass an hour!

Veronica lets her hair down—literally and figuratively—and dispenses compliments all around, even if not deserved. She then announces that, thanks to Linda's suggestion, cubes can now be decorated.But the company feels it's too risky for employees to individualize their own cubes, so one of four different themes are pre-chosen for each worker's station. Well that was very nice, if not overly Big Brother, of them.

Linda seems less than amused at getting the cat-lover theme, but when other cat people bond with her (and even give her a pet kitten), she finally feels like she's part of the Veridian family.

We soon find that the honeymoon doesn't last, as everybody begins to chafe under this newly-imposed "Happy" campaign. Linda gets ostracized from her kitty clique when she begins socializing with the astronomy/space people. Ted feels that the older execs are taking advantage of him, just so they can slack off. He finally reaches a breaking point when they use his large office as party central, so he kicks them out and refuses to care if they like him or not. Attaboy, Ted—take a stand!

Veronica compliments so many people that she starts to make words up. Plus, we discover that not having her hair in a bun is making her scalp dry.

Phil, who gets nothing but verbal bile from his wife on a daily basis, will take anything he can get and is delighted by Veronica's praise. But Lem, knowing that the specs are sub-standard, rejects the compliment and then re-rejects it later on.

Finally, Veronica puts the hair back up and announces that this "Get Happy" campaign is over. Yay! She says that the only way her subordinates will ever get praise from her is if it's truly earned. Too bad Lem ripped up his new specs right before she said that. Oops! 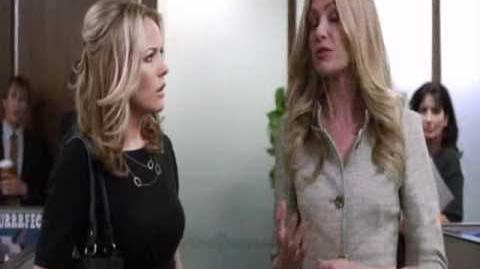 Better off TED. Something to be happy about